Who  is
Pastor  Israel  Freeman 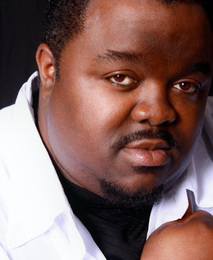 He is the Pastor of Music & Magnification at Overcomers Christian Center in Columbus, Ohio, under Senior Pastor Sam Adeyemi.


He has been a musical director or musician/singer since the age of 15. He was born in Syracuse, New York, grew up in Youngstown, Ohio for 13 years, and headed back to Syracuse after graduating High School. In Syracuse he was a member of the Apostolic Church of Jesus Christ, under The Late Rev. Robert Jones (Father of Bishop Noel Jones) where he was part of the music ministry, and also served at times as Rev. Jones armor bearer and transport to various ministry engagements throughout the State of New York.

Years later he ended up at Eternal Hope Worship Church under the Late Eld. Alfred Cage, where he was an integral part of the music ministry there for over 6 years. Eld. Cage was a major influence and teacher getting Israel to focus on the depths of Contemporary Praise and Worship. Israel was also an Assistant Director for the New York State Fair Gospel Choir for several years. And served as the musical director for the Voices of Unity Gospel Choir at LeMoyne College in Dewitt, New York for a time.

The Lord called Israel to Columbus, Ohio in 2001, where he served in the music ministry of World Harvest church, under Pastor Rod Parsley. There he excelled in responsibility through consistent service. He was a pillar in the mass choir as well as working and helping with the front line singers when asked. He became the Director of Music for the WHC Xchange Youth Group Gospel Choir as well as assists their Praise and Worship team.

Since leaving WHC he has been Director of Music Ministry for a few different ministries throughout Columbus, Ohio, only to find his home at Overcomers Christian Center. Where God has used him in miraculous ways and is continuing to increase his anointing and abilities.

Israel is also an accomplished Singer/Songwriter and composer. Has directed almost every type of group, ensemble and choir from children to senior adults and from 3 to 100 plus voices. He is the creator and founder of a Christian music group called Total Submission. This ministry has done a lot over the years, not just singing praises to God and leading people to salvation, but also raising up worship leaders from within the ranks. Over 80% of all the group members that have ever been a part of Total Submission are now Head, and or Major worship leaders at their individual churches, well-known Christian Artists, or involved in Youth Pastoring. Israel and Total Submission released a CD in 2011 called Take Me In (available on all major music forums, i.e. iTunes, Amazon).

Israel has learned that aside from the Total Submission ministry, and all of his Musical Direction that through the course of all his endeavors that God has used him to encourage, influence, mentor, and raise individuals to a higher plane of effectiveness and worth to the Kingdom of God. He has received many thanks and gratitude from individuals that have been tremendously impacted by his willingness to hear God and push them to their potential.

Israel has now planted his roots and joins the International call via Overcomers Christian Center to follow God's direction and go unto all the nations teaching and declaring God's Great Grace & Goodness through the power of Praise and Worship.
Powered by